The original “Virtual Immersions in Science” (VIS) project was born in 2013. Funded entirely by the Italian Ministery of University and Research, VIS was a program of outreach activities of the Scuola Normale Superiore with the ambitious goal to divulge and disseminate the latest scientific research results produced by the SNS and by top level Italian scientists.

Born as the SNS Outreach Excellence project, VIS aimed to provide an idea as to the type of activity carried out by researchers as well as how research is actually carried out, to show the most dynamic and creative side of contemporary scientific activity.

The formal inauguration of VIS outreach activities happened in March 2014, and since then, for 4 years, it has met with extraordinary public success, coverage by the major media including local and national television and newspapers, and enthusiastic feedback from all the participants, in the hundreds of thousands.

Among the main activities, the public conference series “The discovery that changed my life”, the “Digital Science Lab” and “Researcher for a day” programs aimed at high-school students, “Paths through history” organized with the SNS Library and Archive, and many more.

All in all, VIS coordinated the dissemination efforts of over 100 professors, researchers and students from the SNS, quickly becoming one of the most important Outreach projects in Tuscany. Dr Marcos Valdes was awarded the “National Price for Scientific Communication” in 2015 by the Italian Physics Society, for the VIS coordination job.

From all this invaluable experience we understood how much science fascinates population of all ages and backgrounds. We also learnt how to get science to the public in an effective and engaging way.

The next step was the foundation of the innovative startup VIS Ltd, the first spinoff company in the SNS history, to even better fulfil our mission of bringing science to the people, by producing excellence science Outreach multimedia: videos, VR/AR, events.

Below, a selection of articles from “old” VIS, between 2014 and 2017, to acknowledge our roots and the participation of SNS staff to the growth of our ideas and dreams.

At the center of almost every galaxy around us, we found super-massive black holes with a mass of million or billion times that of the […] 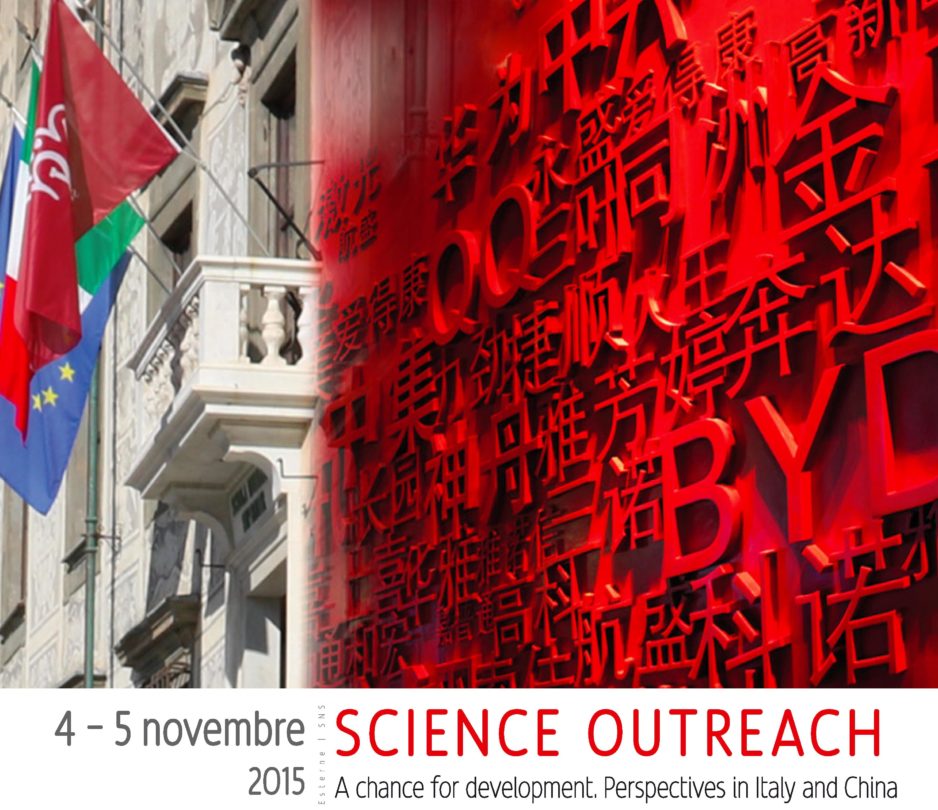 China-Italy meeting on outreach: a report

Author: Claudia Cristalli On November the 4th and 5th the Scuola Normale Superiore in Pisa hosted the international meeting Science Outreach. A Chance for development. Perspectives in Italy […] 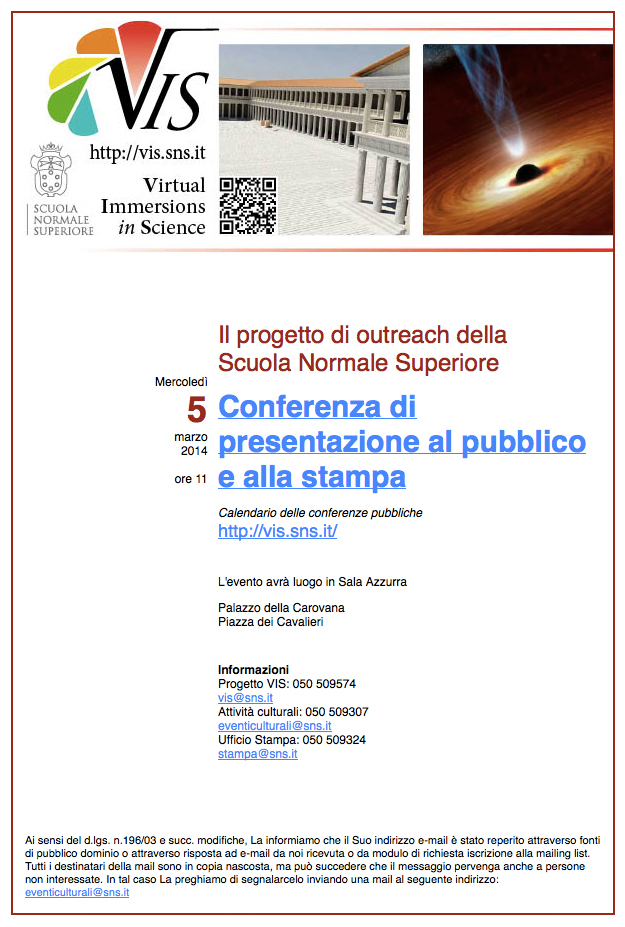 Marcos Valdes, Scientific Director of VIS, has been for 8 years a research fellow at the Scuola Normale Superiore in Pisa. After graduating in Physics at the University of Florence, he obtained his PhD at the International School of Advanced Studies (SISSA) in Trieste. He then carried out research on subjects such as Dark Matter and structure formation in the very early Universe at the “Institute for the Mathematics and Physics of the Universe” (IPMU) in Tokyo and at the Scuola Normale Superiore. He became coordinator of the Scuola Normale Outreach program in 2014. Since then he focused on innovative methods for science dissemination, winning the Outreach National Prize given by the Italian Physics Society in 2015. He is among the founders of the startup VIS in 2019.

Matias Guerra is a multimedia artist and musician focusing mainly on video and sound experimentation, particularly interested in the relation between art and technology, he has also had a long career as an Information Technology Manager working with small to medium companies and multinationals. Has active international collaborations with authors, artists and musicians and has shown and published his art and essays. He holds seminars in various institutions (Università di Pisa, IED, Standards…) and his work has been recently shown in MACRO (Museo d’Arte Contemporanea Roma) whilst as a relator he has participated in the 2019 Venice Biennal.
He’s a founding partner of VIS.
www.matiasguerra.com